Sara Eslami was born in Paris, France and moved to the United States when she was five years old. As a first generation Iranian-American, she began helping her parents with the family business at the age of nine. Acting as a translator, Sara would attend meetings in order to help facilitate closings between her parents and the parties involved. By the age of 16, Sara was left in charge of the family business whenever her parents would take extended vacations. This responsibility developed her natural instinct as a businesswoman. In her spare time while attending Collins Hill High School, she spend four years in Suwanee, Georgia where she participated in chorus and theatre, as well as cross country, track and basketball. The skills instilled in her through her coaches while training year-round further shaped her into the strong-willed, independent, disciplined and highly motivated individual that she is today.

Her interest in law began during high school when she would visit her grandparents in Iran over summer breaks. Her keen interest in comparing the two countries' laws caused her to educate herself on how the United States' legal system provided greater protection to its citizens and residents. Throughout high school, Sara’s aptitude tests indicated she would become a counselor. Little did she know she was destined to be a legal counselor.
At first, her inquisitive nature led her to pursue a career in journalism. She was accepted into the Grady College of Journalism at the University of Georgia — a top program in its field. During her last year, she had the honor of being 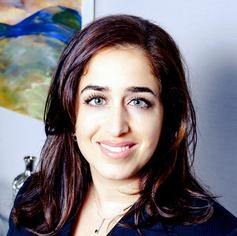 Don't wait another minute. Set up an appointment for a consultation today.

​chosen as an Intern and then a freelancer at ABC WSBTV, Channel Two Action News in Atlanta, Georgia. Meanwhile, her interest in law further developed in college when she witnessed acts of injustice affecting those around her. It was then that her career path became clear —she wanted to protect herself and help protect others. Her passion for law outweighed her passion as a journalist, and in 2004 she was given an opportunity to work at a general practice law firm in Suwanee, Georgia.

Sara also worked with the United States Attorney's Office, District of Puerto Rico where she was assigned to the Organized Crime Drug Enforcement Task Force (OCDETF). What is the difference between Sara and other lawyers, you may wonder? Sara's strength lies in her compassionate approach to law and believes that humans make mistakes. She serves each and every client without judgement and provides results.

A former coworker even told Sara that this career "has been written in the stars" for her.